Social n. – of or relating to people NOT to bricks and mortar!

All perfectly valid points yet all issues of or relating to landlords not to tenants or customers or what really matters PEOPLE.

Strange how you replace the word council in front of the word housing with the word social yet fail to see be able to see what that means!

Let’s approach this another way reader… 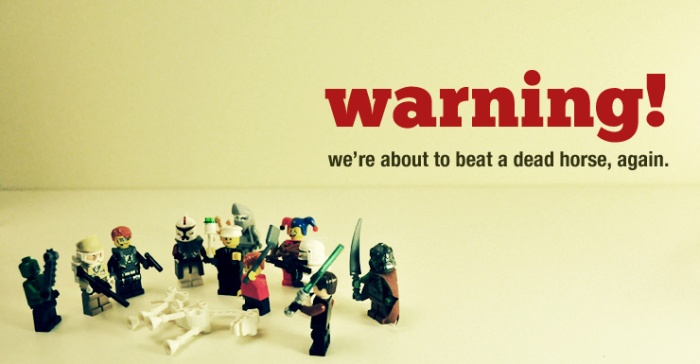 It is fabulous that the social rented sector is finding a long overdue voice.  Yet that voice has to say something persuasive rather than simply build more homes or give us more of the same. It has to say WHY!

Decades of not saying enough is enough, or anything at all to be blunt, has not only led to a chronic shortage but to social housing being ‘branded’ as the housing of last choice.  The reputation of the social housing model is a far bigger issue than the shortage of supply and until its reputation is addressed the supply of genuinely affordable, i.e. social rent, homes will not follow.

The original right to buy made merely renting a social home a third class aspiration, a cultural impact that strangely sits alongside a prevailing public notion that renting privately at much higher rents is a stepping stone to owner occupation yet social housing at much lower rents is not!

A long habit of not thinking a thing wrong, gives it a superficial appearance of being right, and raises at first a formidable outcry in defense of custom

Giving more money to social housing is akin to any government today of wanting to spend taxpayer money on going to Romania to persuade Eastern Europeans to come and live in the UK!

That is how bad its reputation is and why the well-intentioned campaigns of Homes for Britain or SHOUT simply won’t work. All campaigns only stand a chance of success if they overtly and primarily target the general public and not government.

Don’t persuade Joe Public there is not a hope in hells chance of persuading government of investing more.

To return to Paine’s quote it is not just saying nothing to counter the commonly held mistruths about social housing it is changing the custom that provokes an outcry.  Oh but we have always targeted government as they hold the purse strings.  Indeed, yet that has achieved what apart from repeated failure?  As there are no votes in it housing people, wake up and smell the coffee!

This election has shown – and it took a proposal to rapidly accelerate the demise of social housing in RTB for HAs to do that, or by accident not intent of any campaign – the general public now direct the political parties onto electoral issues they previously ignored.

Just where will my children and grandchildren be able to afford to live is a very powerful theme.

And that is the theme and undercurrent of the housing issues at this election and that is precisely what social housing needs to capitalise on and implement public-facing arguments for the social housing model which is what I have been saying for years to no effect in these blogs.  Today, home ownership is out of reach as is private renting and so by default social housing becomes the only option.

The general public are ripe for the arguments as to why social housing benefits them as it presents the only option for many of them and for their children and for their grandchildren and their great-grandchildren even. Yet until the closed minds of ‘housing people’ realise and address that and target the general public in their campaigns the social housing model will not achieve any more public investment.

5 thoughts on “Why housing campaigns are flogging a dead house”