The overall benefit cap level reduces by £115 per week from November and means no job no house.  That is not scaremongering or exaggeration it is simple fact.

As well as mass eviction of existing tenants it also means that if you have three children you will not be given a council house at a social rent, a housing association property at a social rent or affordable (sic) rent, a private rented property or any other form of housing if you are ‘workless.’  By workless I mean:

Table 1 – Maximum Housing Benefit you can receive from November 2016

Take a good hard look at that table which I have highlighted for just one violent aspect of the reducing overall benefit cap – that all households groups in red text are financially toxic even to the council landlord and the cheapest form of rent.

Everyone of those household composition groups from the lone parent with three children on ESA upwards are entitled to and/or living in a 3 bedroom property.

Nowhere in the regions (ie anywhere outside of London) can you rent a 3 bed property for £63.38 which is the maximum amount of HB that a social tenant can receive if they are a household of the lone parent with 3 children and in receipt of ESA; nowhere can a couple with 3 children able to rent a 3 bed council house anywhere in the UK and afford it with a maximum HB of just £50.68 per week.

Take a really good look and you will see that a single person in London cannot afford a 1 bed private rented property if they are workless and then you realise that London will become no job no house in the PRS and 100% no job no house and then revise your view on zero hour contracts or grade 1 bastards like Philip Green and the BHS closure.

More importantly will private landlords anywhere now take on a new benefit tenant as a pregnancy can make that person not afford the rent and become financially toxic? No they wont – get pregnant lose house and even if you’re raped

Will all social (?) landlords tighten up their allocation procedures and deny a lone parent with 2 children a property in case she has another child?  Yes they will just as they tightened allocation policy with the bedroom tax and just as Severn Vale HA has done in response to the shared accommodation rate by banning ALL under 36 year olds even if they are working.

Currently the £500 per week cap catches around 21,000 households.  The DWP estimate is woefully inadequate as I explain here and it is also what is professionally known as a pissing-in-the-wind estimate too as its estimates are banded into 0 to 199, 200 – 399 and so on and extrapolating gives a range of between 94,799 households and 177,513 households.

These households will, statistically, contain between 316,629 children and 592,893 children and all of whom are at acute risk of eviction given the statistical average cut per household of £76 per week and £3965 per year.

Should all areas have the reduced cap limit effective from 7 November 2016 and there is suggestion it will be a staged roll out, then I am confident after some very detailed modelling that the absolute minimum number of households affected will be 210,334 that will contain over 700,000 children.

They have no choice given the average amount of HB that is cut at £76 per week and it is easy to forget and often forgotten that 46% of those affected are in social housing already.

But won’t DHP cover this?

That is the government panacea and stock response and is bullshit when you look at the figures.

The current 21,000 have an average cut of £57 per week or a total national HB amount cut of around £61 million per year.  The top-end DWP estimate of 177,513 households affected (which is still very low) and at £76 per household per week makes a UK HB cut of over £700 million per year – and double the current bedroom tax national cut.

So there is no doubt that the DHP budgets cannot cope with an additional £640 million per year pressure from the HB cut in the reduced overall benefit cap policy and that also means the majority of those bedroom tax households who have avoided eviction due to 3.5 years of DHP will no longer get a DHP and create greater eviction there too.

But where will all these evicted families live?

The fact they are families is significant as that is who the overall benefit cap targets, households who are fully occupying the ubiquitous 3 bed property, households with children.

The overall benefit cap targets and penalises children for the sins of their parents and it evicts children for whom local councils will have a legal duty to support and which is going to cost ALL local councils what is professionally termed an abso-fucking-lute-shit-load-more in temporary homeless accommodation and/or care costs should they rehouse just the children and not the sinful parents!!

Does anyone actually give a shit Joe?

Apparently not as (a) I have been banging on about this for (literally) years and nobody takes a blind bit of notice; and (b) especially the politicians as this Tory policy of reducing the overall benefit cap level was also in the 2015 Labour Party manifesto!

I wonder how quickly the British public will become inured to seeing bailiffs evicting children from their street….hmm!?

You will also be exempt from the Benefit Cap if a child or young person for whom you are responsible gets DLA, PIP or AFIP.

The cap applies to the total amount people in your household (you, your partner and any children living with you) get from the following benefits:

Payments towards carer’s costs in Universal Credit won’t be affected by the benefit cap from autumn 2016.

You’re not affected by the cap if anyone in your household qualifies forWorking Tax Credit or gets any of the following benefits:

Note well: If you have adult children or non-dependants living with you and they qualify for any of these benefits, you may be affected by the cap. This is because they’re not usually included in your household. 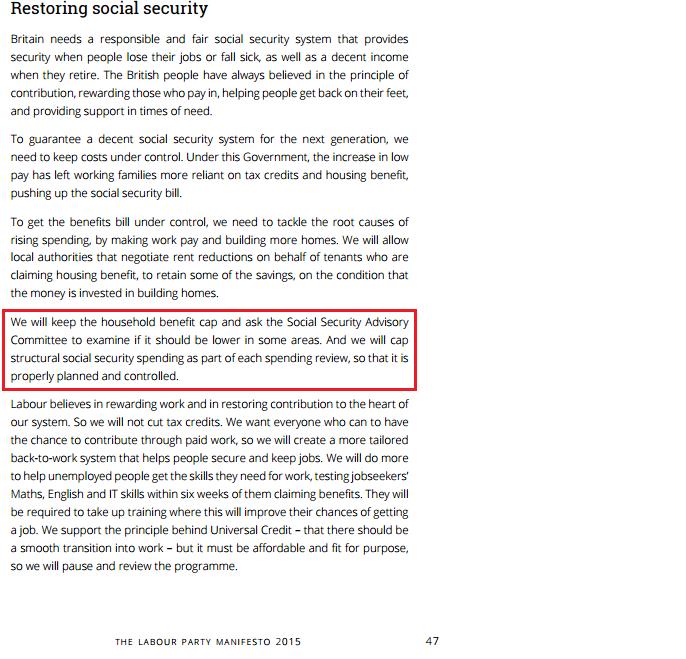 The original table contained a few small errors which have been corrected.  In terms of how the overall benefit cap works which has caused much confusion here are two simple charts which show the process which is from the cap figure the amount of base benefit (JSA, IS, ESA) plus the amount of Child Tax Credits and Child Benefit is also subtracted to leave a maximum amount of HB.

The current £500 per week shows the couple with 3 children on JSA can receive up to £166. 06 per week in the rightmost column

Here is what happens from 7 November 2016 to the same couple with 3 children on JSA as the maximum HB reduces to £50.68 per week (the right most column)

78 thoughts on “No job no house begins 7 November”