The bedroom tax applies only if you under occupy your property right?

No and around 30,000 or more families have had the bedroom tax imposed even though they fully occupy their homes!

Firstly, let’s get the semantic nonsense out of the way before I explain:

Yet we all know it by the term bedroom tax 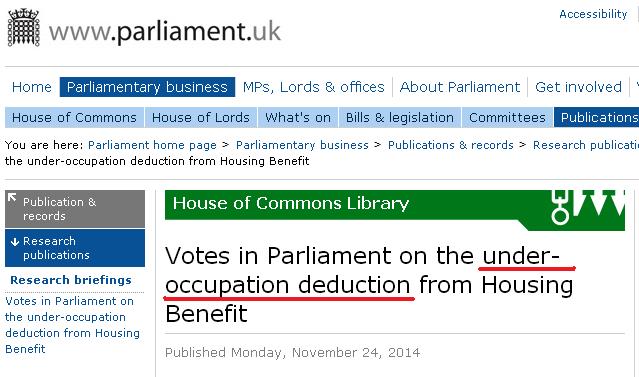 Yet I say again and so many are totally unaware of the fact that 30,000 or more families have the bedroom tax imposed even though they fully occupy their homes and do not under occupy them!

Below is the very important case of a family of four in a property with a maximum occupancy of four and who thus fully occupy their home yet have been charged bedroom tax of around £2600 to date for under occupancy!  I go on to say how this is and why the system further discriminates against them by pricing them out of justice and why they have been forced to seek donations in order to have a legal defence that I urge the reader to support.

How can a fully occupying family be charged the bedroom tax?

The local council is refusing to remove the bedroom tax deduction imposed and regulations say they may do this if the council have an appeal pending. Despite having won at the First-tier Tribunal the family still sees the bedroom tax imposed by their council who are seeking to appeal the tribunal decision despite that decision containing no errors of law or errors of procedure.

This family are being priced out of justice by the system and are seeking donations to ensure they can mount a legal defence that will benefit 30,000 other families who have also had the bedroom tax imposed yet fully occupy their home.

Legal Aid? – is a joke and its cuts mean (assuming they would qualify for it in the first place) the family receive about 90 minutes of time from a solicitor or more likely a welfare benefit advisor. However at a reading speed of 1 minute per page it would take a solicitor / welfare advisor well over 5 hours just to read the 330+ pages of the case file alone before any advice could be given and the legal aid system only pays for about 1.5 hours of total time!

This family and all others are priced out of justice when it comes to the bedroom tax while the council decision makers can choose to ignore the law and in essence have contempt for tribunal decisions.

The above are just some reasons why the family need to crowd fund and ask for donations to be able to fight this case for themselves and for around 30,000 others and donations can be made by clicking here.

That travesty of being priced out of justice is heightened when the council and the DWP have a bottomless pit of money to throw at legal representation at tribunals and note well that Nuneaton & Bedworth council chose not to pay to the First-tier Tribunal’s decision and refund the £2600 or so they have wrongly deducted to date.  This is a choice and the council could have paid back this £2600 they have wrongly deducted under regulations yet they chose not to do so. The regulations say a council may withhold not that they must withhold the Housing Benefit they have been found by the tribunal to have wrongly deducted.

That £2600 refund and wrongly deducted bedroom tax to date would have gone towards the families legal costs of defending this case and is another reason why donations have to be sought – and one reason why the council has not repaid it in accordance with what the law found?!

The legal aid and appeal system is one big travesty as it prices out the vulnerable from justice and especially when charged for under occupying a property that you fully occupy!

A crowd funding donation scheme has been set up here so that this working family can get advice to defend what is a matter of fact and law and I urge you to donate to this with whatever you can. Not just for this one case as when this case succeeds it could take a further 30,000 families out of the bedroom tax who are charged for under occupation when they too fully occupy their home.

All social tenants who have won at First-tier bedroom tax tribunals face the same travesty of being priced out of justice defending what they have won when cases come to the Upper Tribunal and here we see a family fully occupying their home yet being hit with the under occupation charge, or bedroom tax.

In almost four years of my advocating that social tenants appeal the bedroom tax I have been asked many times to promote crowd funding schemes and to sign literally hundreds of petitions against the pernicious bedroom tax, all of which I have resisted until now.

This case is compellingly different as I say again it is a case of a family fully occupying their home yet having the under occupation charge, the bedroom tax, imposed upon them.

I am acutely aware that £5 or £10 is a lot of money to many and I still personally and in principle feel uneasy in asking for donations yet this is such an exceptional case and if any case is worthy of donations it is this one.

If you donate the price of your daily coffee in Starbucks or Costa then this strong legal case has every chance of taking 30,000 families or 72,000 men women and children out of the bedroom tax. I choose my words deliberately as all family members suffer the bedroom tax  impacts including children who go without because of it.

Any donation helps this case and helps 30,000 other families who have had the under occupation charge imposed when they fully occupy their homes who will also win when this case does.  I urge you to please give what you can by clicking on the donation link here.

If any journalists or any potential benefactors, anonymous or otherwise, require any further information on this case and the issues it raises for so many fully occupying families that have the bedroom tax imposed when fully occupying their home then please contact me in full confidence here.

21 thoughts on “Fully occupied yet still charged the Bedroom Tax”